A Guide to the Grand Mosque in Abu Dhabi

Sheikh Zayed Grand Mosque in Abu Dhabi offers a blend of the rich history of the UAE and Islamic traditions and is also an epitome of the marvelous Islamic architecture. It is amongst the largest mosques of the world representing the significance of its home country as well as the genius architecture of the Muslim empires of the previous era. The design of this mosque blends the culture, history, and Islamic architectural schools which make it the perfect symbol for the rich traditions of the region. It is one of the most crowded tourist attraction which features exceptional architecture and design. Read the following blog to know about the details regarding this well-known tourist attraction Sheikh Zayed Grand Mosque in Abu Dhabi to understand the significance of this amazing destination in the GCC region. 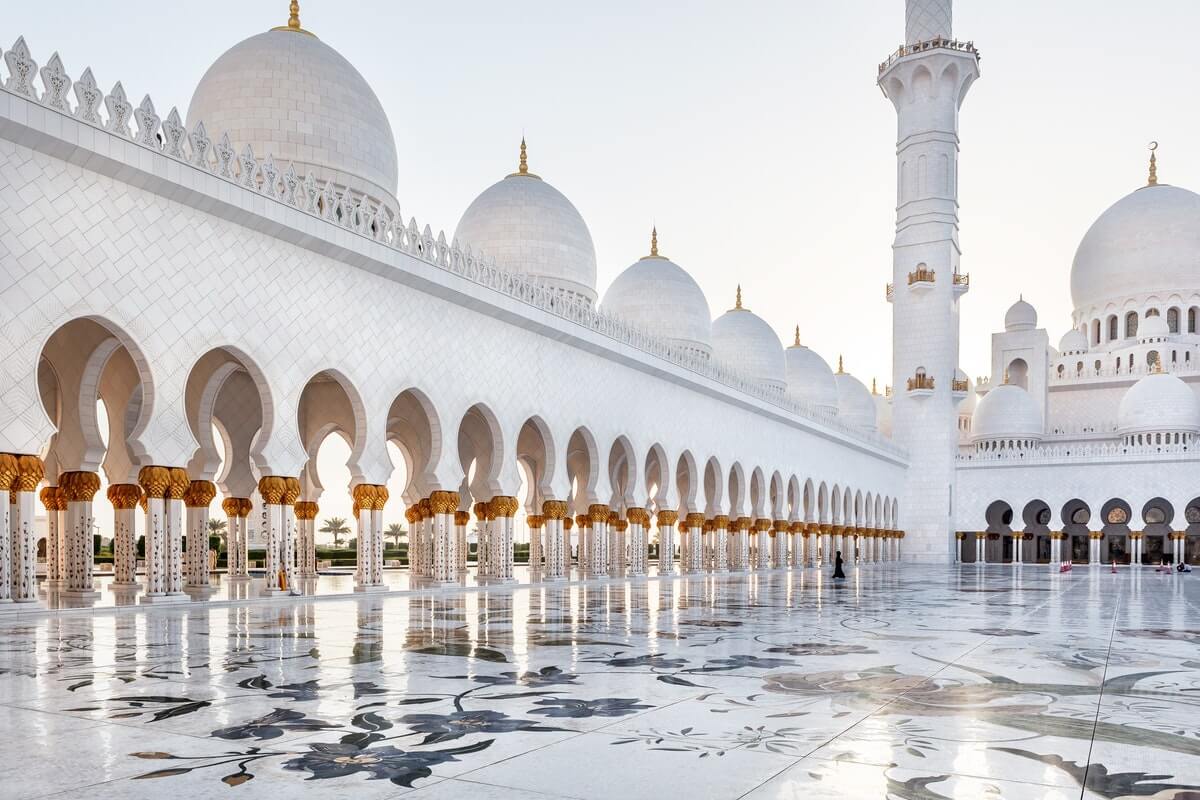 This destination features 24-carat gold chandeliers, 82 domes, the world’s largest hand-knit carpet as well as 1000 columns. The main prayer hall of this mosque is the largest chandelier in the world. This mosque is meticulously crafted by a superb team of experts. Sheikh Zayed Grand Mosque was a vision of H.H. Sheikh Zayed bin Sultan Al Nahyan and conveys a message of diversity, peace, and tolerance. This mosque is the linkage between the thriving present of the UAE with its glorious past. This mosque is well-known for promoting heritage and Islamic values. If you are planning to visit UAE soon, then a tour of the Grand Mosque Abu Dhabi should be at the top of your list. It is one of the best attractions that people prefer visiting during the long weekends in Abu Dhabi.

The planning of this mosque was started in the late 1980s by the Highness Sheikh Zayed bin Sultan Al Nahyan. The work on the mosque was started on 5th November 1996, accommodating over 50000 worshipers. The construction of this mosque took over 11 years to complete and the doors of the mosque were opened for the public on Eid Al Adha in the year 2007. The cost of construction of the Sheikh Zayed Grand Mosque Abu Dhabi was over AED 2 billion.

Sheikh Zayed Grand Mosque Abu Dhabi features a specialized and modern library for visitors. This library is present on the ground level of the Visitors’ Center of the mosque. There are numerous books within the library of Sheikh Zayed Road that provides information about the rich Islamic heritage as well as the role of the Muslim scientists of the past. 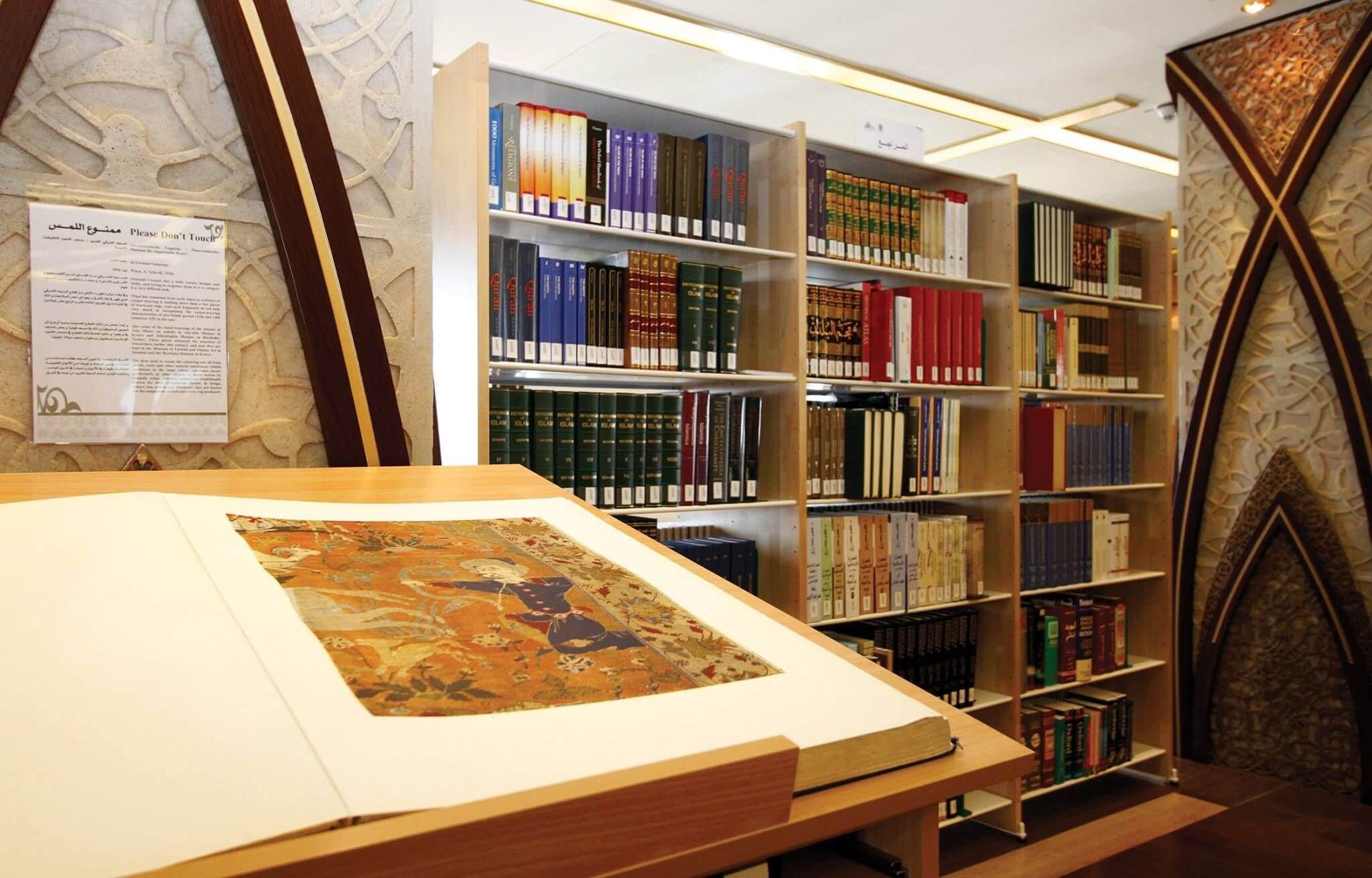 Non-muslim visitors of the mosque can visit the library to learn about the history of Islam and Muslims as well as become more knowledgeable about Islamic values.

Days and Timings of Library:

The days and timings of Sheikh Zayed Grand Mosque Abu Dhabi are:

The management of the mosque organizes a range of recitation and memorization courses. In order to facilitate the process, Quality reciters approved by the General Authority of Islamic Affairs and Endowments are available. So if you are a resident of Abu Dhabi, this would help you in lighting up your spiritual spirit. Moreover, you can also send your young ones here to allow them to start their Quran memorization process at an early age.

This mall is located at Sheikh Rashid bin Saeed Street in Abu Dhabi.

Sheikh Zayed Grand Mosque Abu Dhabi can be reached through taxi, via bus, or even through personal transport. The cheapest option is to reach the mosque by driving your car which would cost you around AED 27 to AED 30 depending upon the transport you have been using. Moreover, you can also reach by taxi which would cost you over AED 250 if you travel from the center of the vibrant city of Dubai. Lastly, another cheap option is to travel by bus. If you start from the Al Ghubaiba bus station then it would take you around 3 hours to reach you and the cost would be AED 35.

The entry to the mosque is free.

Despite being a popular tourist attraction, it still is a sacred place of worship and prayer. So one should wear modest clothes at the time of visiting the mosque. You need to wear a full-sleeved shirt as well as pants that cover your ankles. Moreover, women should wear a headscarf. If by any chance any woman forgets to carry one they can get an abaya for free from the management of the mosque before entering the premises of the mosque. 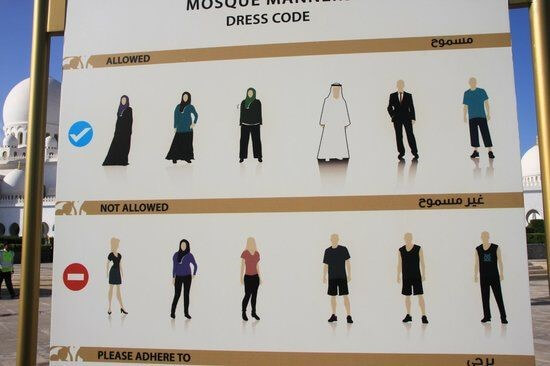 Photography within the mosque is permissible and you can take as many pictures as you want within the premises of the mosque. If you are really into photography visit this place in the afternoon when there would be plenty of sunlight that would help you in taking some of the best pictures at Sheikh Zayed Grand Mosque Abu Dhabi. However, make sure that you be respectful towards the followers offering prayers within the premises.

This is the end of our guide to the Sheikh Zayed Grand Mosque Abu Dhabi. This mosque should be on your list of top visiting places in the city of Abu Dhabi. The sight of this grand mosque Abu Dhabi is something that you cannot miss. It is one of the largest and most beautiful mosques to visit in Abu Dhabi and is always worth visiting. If you are more into adventures then check out these parasailing destinations in Dubai to have some fun on your trip to UAE. 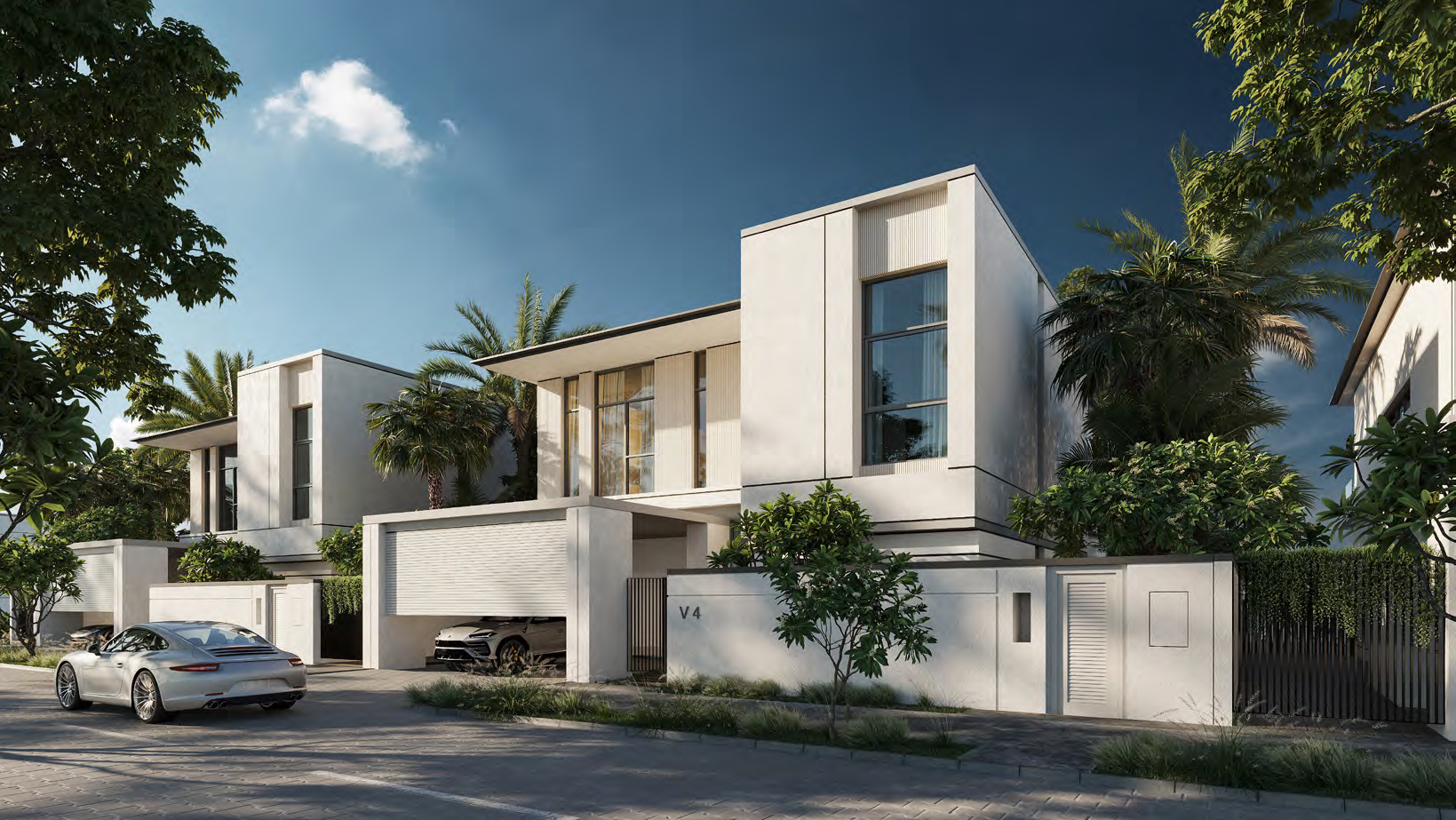 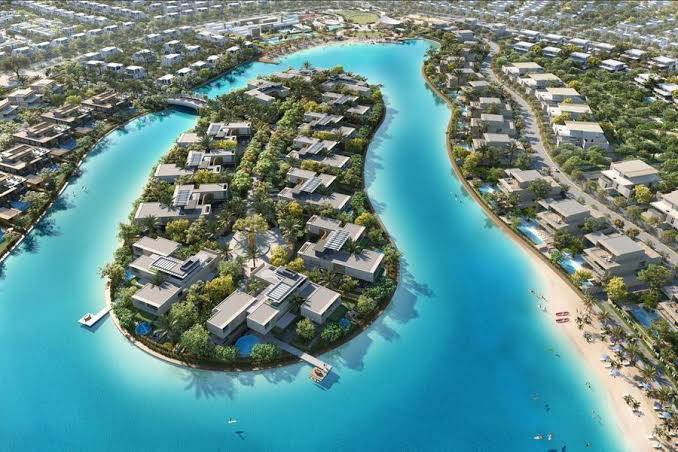 Six Senses at The Palm... The Ritz Carlton Residences at... One Za'abeel at Dubai Water... 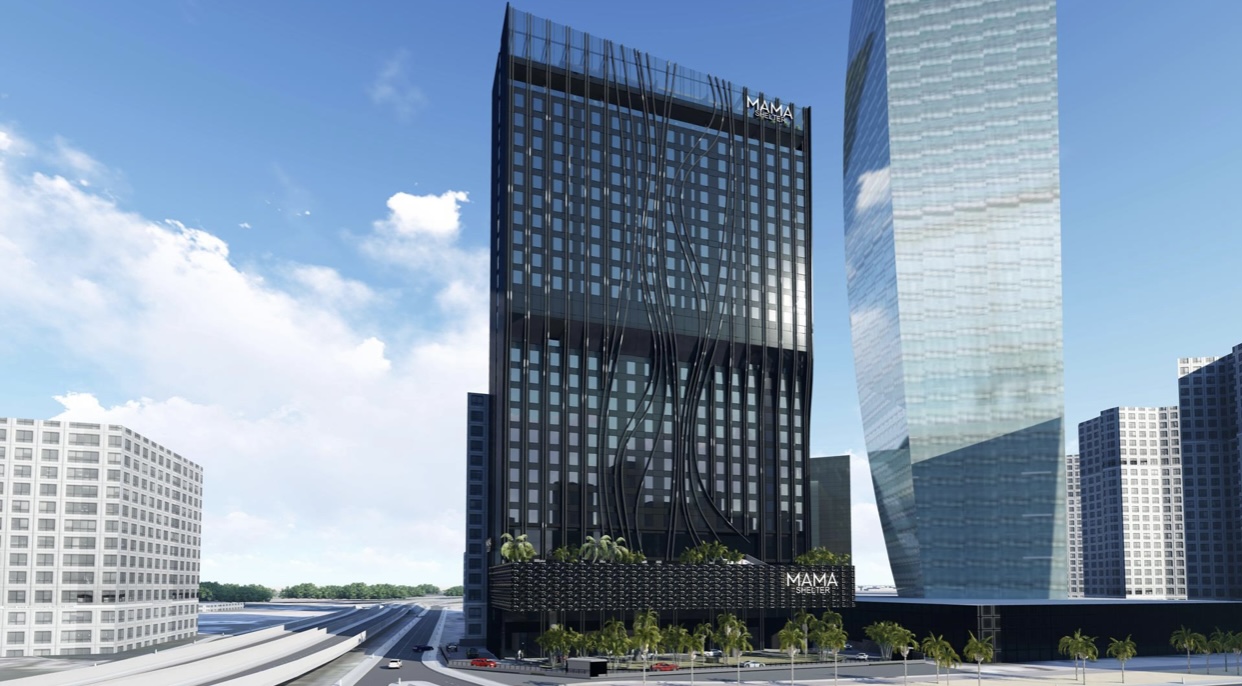 The opulent real estate market in the Middle East has been led by DAMAC properties.
It was founded in 2002, and since then, it has produced renowned projects throughout the local area and beyond. Being the top developer in the industry, it has partnered with chic brands to create innovative living designs. 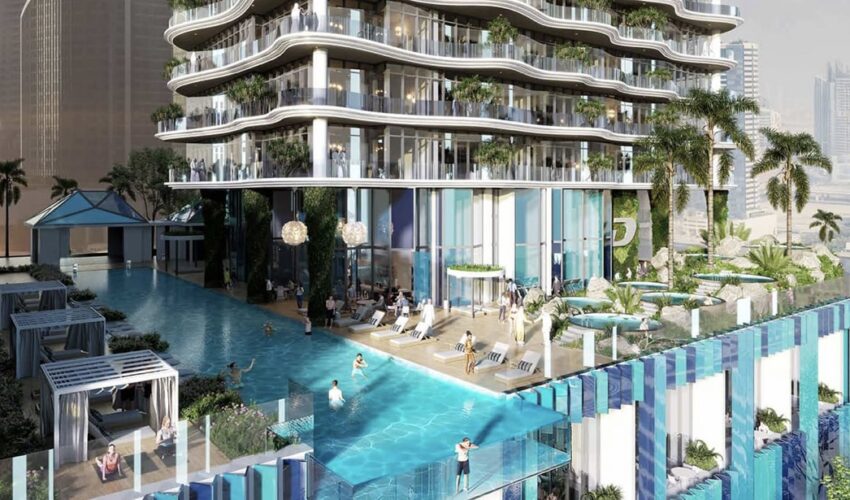