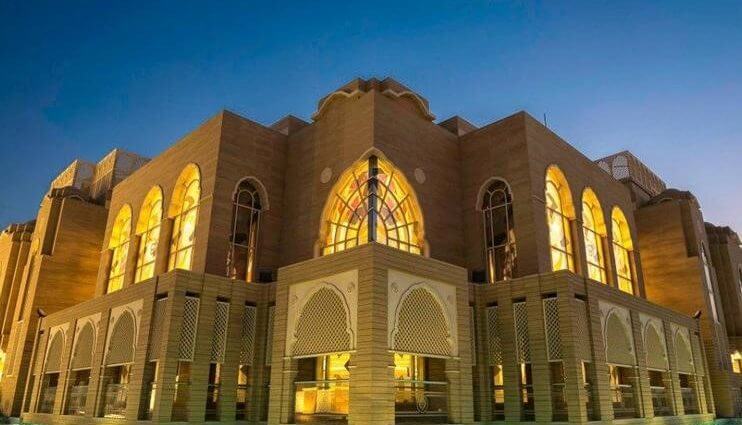 Undoubtedly Dubai is famous for its tall skyscrapers and vibrant city life but it is also home to some of the most beautiful places of worship in the world. These religious places add up the historic vibe to the architecture of Dubai and promote cultural diversity in the United Arab Emirates. Today we are writing this blog to discuss the Guru Nanak Darbar in Dubai which is the largest as well as the most popular Gurdwara for the Sikhs in the Gulf region. You can visit Guru Nanak Darbar Sikh temple for everything ranging from your daily prayers to annual and monthly celebrations and festivals that add ups to the multicultural population of the city of lights Dubai, UAE.

This Sikh Gurdwara is named after the founder of the Sikh religion and can facilitate over millions of Sikhs and non-Sikhs tourists run by a community. Guru Nanak Darbar which is the largest Gurdwara in the Gulf region is spread over an area of 125,000 square feet within the Jebel Ali Village. Apart from being the largest, this Gurdwara is also one of the first ISO certified gurdwaras.

The land for Guru Nanak Darbar Gurdwara Dubai was freely sanctioned by His Highness Sheikh Mohammed Bin Rashid al Maktoum who is the Vice President, Ruler of Dubai, and Prime Minister of the UAE. This exemplifies the religious tolerance in the United Arab Emirates which serves as its hallmark. This Sikh temple stands for hope and peace in the region. The construction of this Sikh temple began in May of 2009 and was completed in December of the year 2011.

The foundations of Guru Nanak Darbar were laid with Sikh religious rites in the year 2010. However, the grand opening of this Sikh temple took place on 17th January in the year 2012 where 50000 devotees were welcomed inside the temple. This Sikh temple was built with an investment of AED 65 million.

Holford Associates, the architecture firm designed this Gurdwara in Dubai. This firm has expertise in designing various worship places throughout the city including 4 mosques, a Hindu temple, and over 20 churches. Moreover, Richard Adams also worked as a consultant architecture.  Richard Adams has expertise in developing the magnificent Shri Guru Singh Sabha Gurdwara in the South Hall region of London.

CERTIFICATES UNDER THE NAME OF GURU NANAK DARBAR GURDWARA DUBAI:

Apart from architectural excellence, the Gurdwara has also received various ISO certifications for its exceptional services, including:

Baba Guru Nanak Darbar in Dubai possesses a three-storey structure that boasts contemporary and traditional architecture. Upon entering this pious structure, you will find the “Parikrama” which is a 54 meters pathway surrounding the temple. In order to reach the main prayer area, you will have to cross this path on foot. At the main prayer hall, you will see plenty of devotees offering prayers. 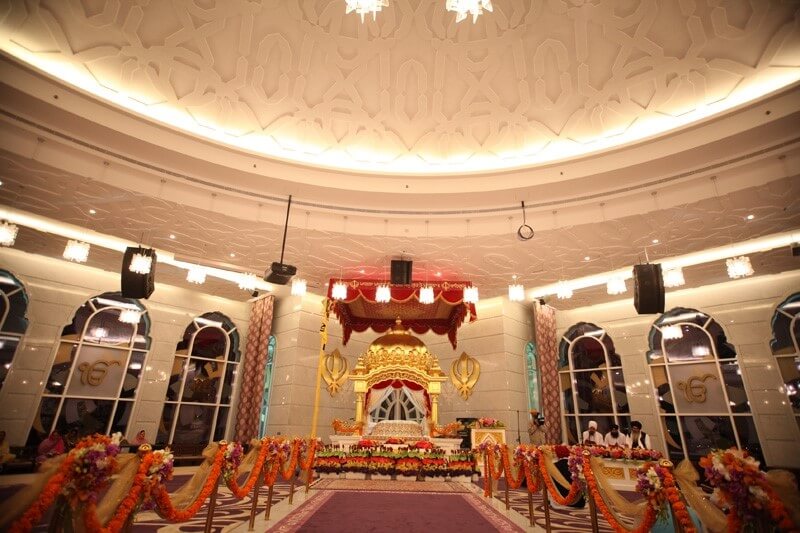 The walking area also features an exquisite grill area where you can explore a large pond where devotees engage themselves for their ritual cleansing. The center point of this gurdwara is the amazing prayer hall for both Sikhs and non-Sikhs to hear kirtans, philosophy of the Khalsa, and religious messages. Guru Nanak Darbar also arranges free meal serving or “langar” for the hungry and poor people to fulfill both social service as well as a religious obligation. Thousands of homeless people sit on the floors of this Gurdwara to get free meals served by the devotees prepared in the kitchen of this amazing Sikh temple.

Both males and females should show respect for this religious place by wearing a headscarf. You can also cover your head with any other piece of cloth or handkerchief if you do not have a traditional headscarf. However, if you somehow forget to bring a handkerchief or a scarf you can get one from the gurdwara.

You will have to remove your footwear before entering the premises of Gurdwara. Your shoes will be kept securely and safely in the storage area of the building and can get them on your way back. Moreover, the traditional dress code for the tourists is acceptable inside Gurdwara.

There are three levels of underground and two floors above ground dedicated to parking spaces of the devotees that visit this place. Each parking level can accommodate up to 140 cars.

The Gurdwara is always open for tourists. However, one should call and inform the management if you plan to visit with a large group of people.

Guru Nanak Darbar Gurdwara is located in a popular location in Dubai within the Jebel Ali Village that stretches along a freeway that connects Abu Dhabi to Dubai.

Guru Nanak Darbar in Dubai can easily be reached through the Sheikh Zayed Road upon taking interchange 6 or exit 25. You need to turn right upon reaching the Jebel Ali Hospital and another right to reach the grand Guru Nanak Darbar Gurdwara in Dubai.

You can reach out for the temple at the following contact details:

That’s everything we could collect about the famous Guru Nanak Darbar Gurdwara, the Sikh’s place of worship. Looking out for more information about other places of worship in Dubai? Read our blog about Grand Mosque of Abu Dhabi. This Gurdwara fulfills the spiritual needs of not only Sikhs but of tourists as well. 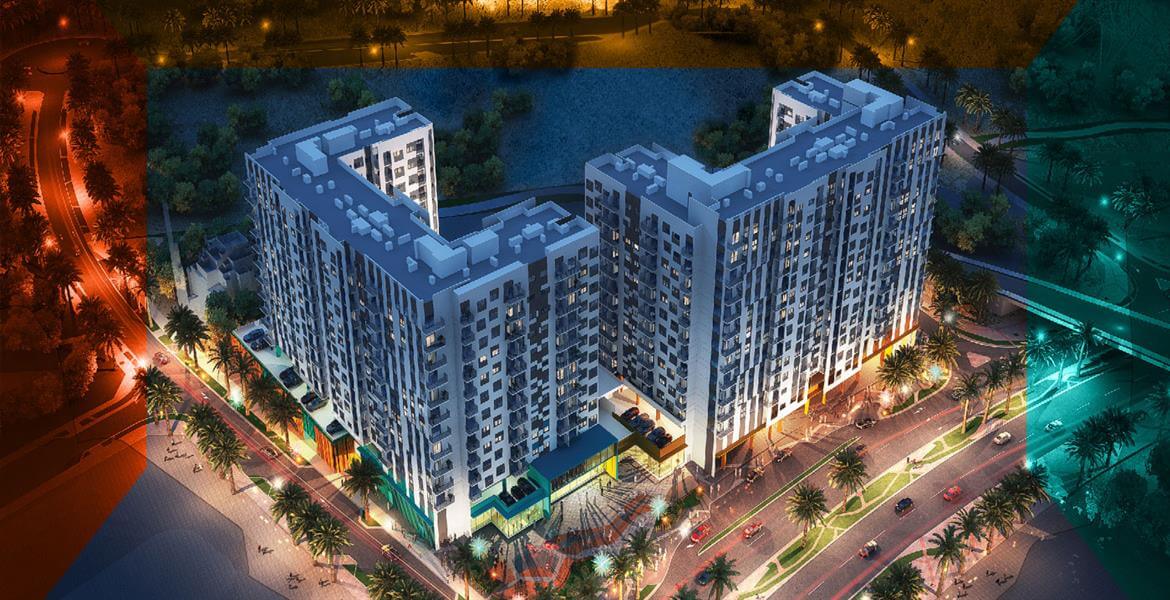 The Nook Apartments at Wasl... 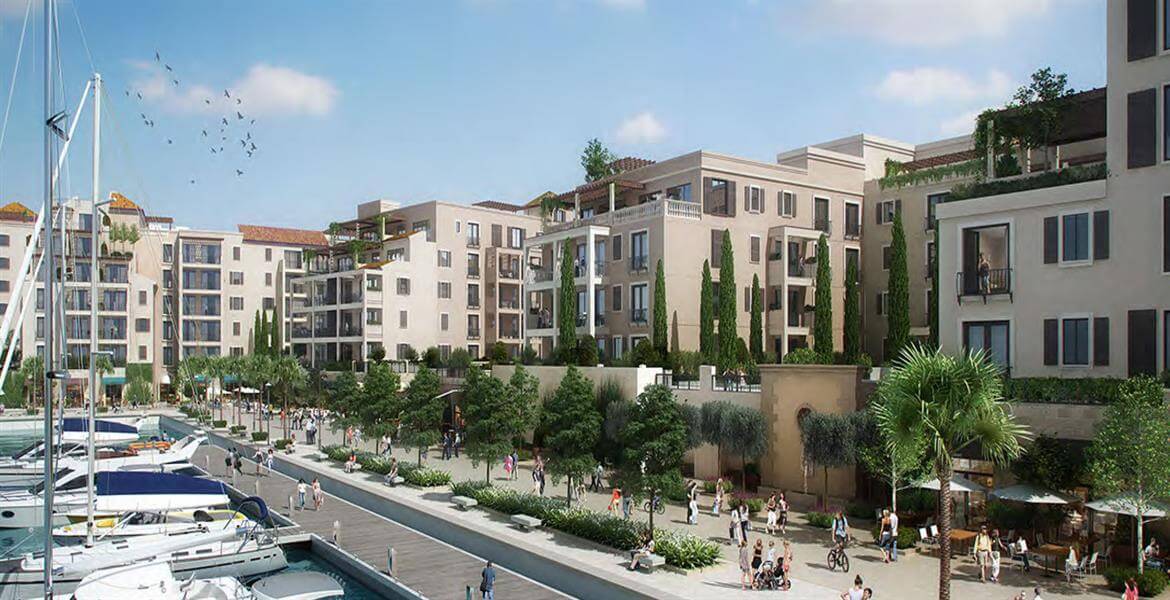 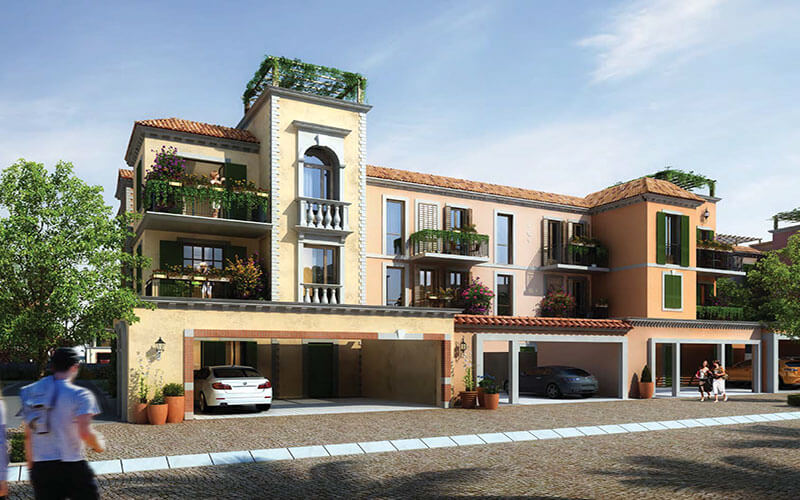 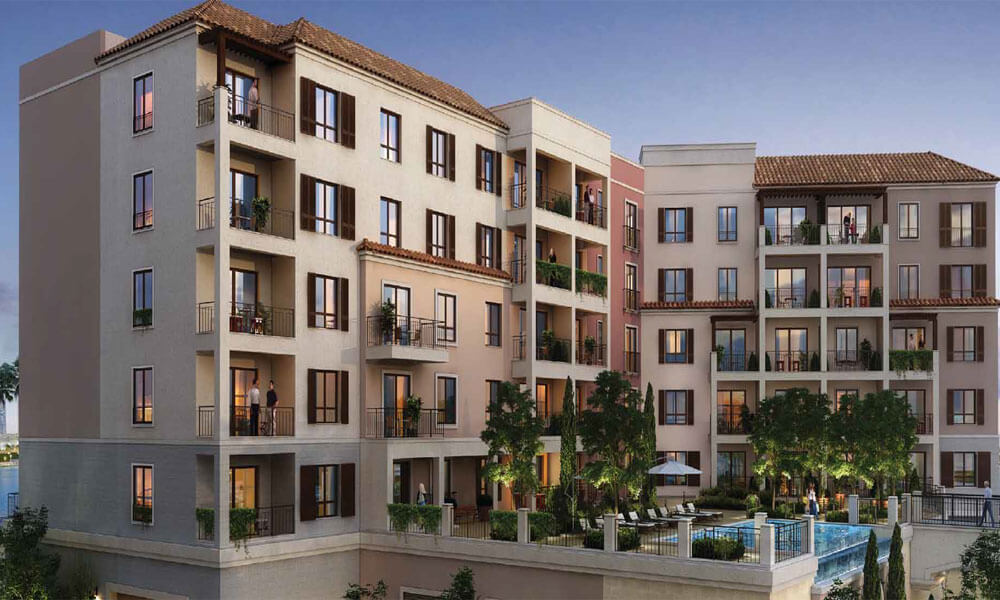 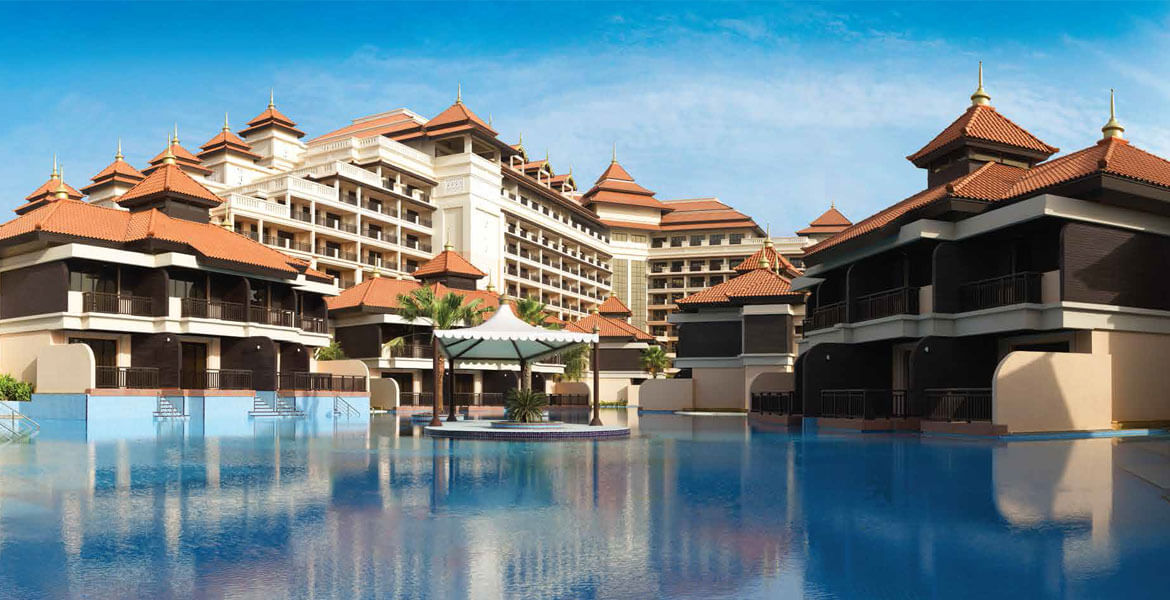 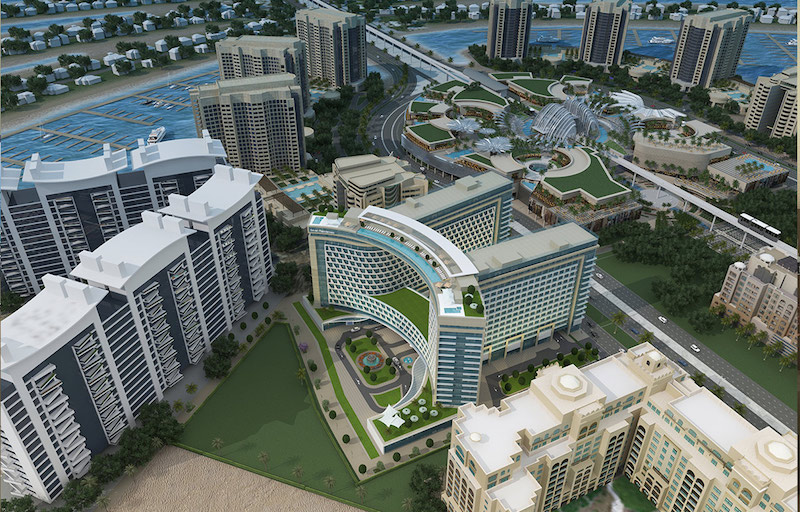 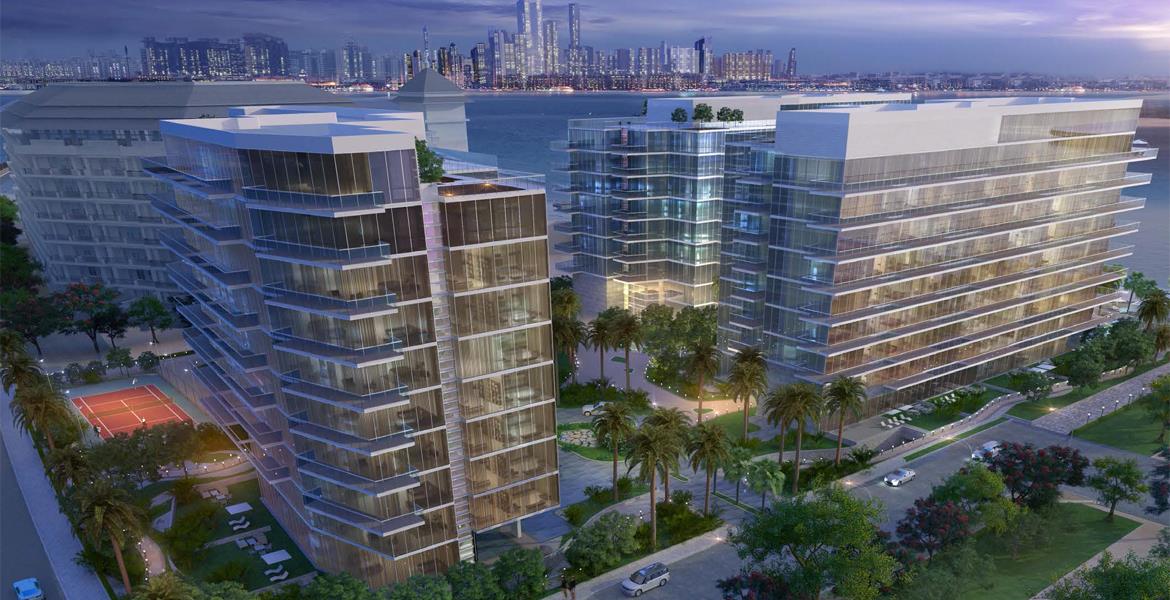 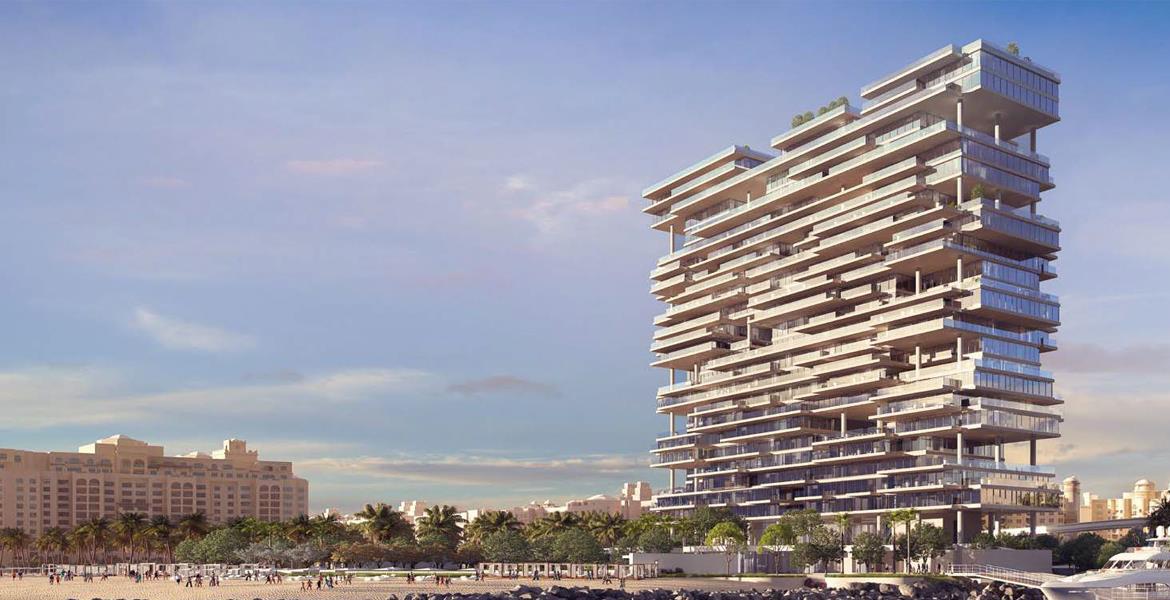 One Palm Apartments at Palm...

One Palm Apartments at Palm Jumeirah

The architecture of the building includes triple and double-height spaces and dramatic cantilevers providing beautifully designed sanctuaries and outdoor living spaces to the residents. Each residential unit within this development is designed with a personal choice of choosing finishing and interiors from two of the world’s most esteemed designers to match the taste of the individuals. 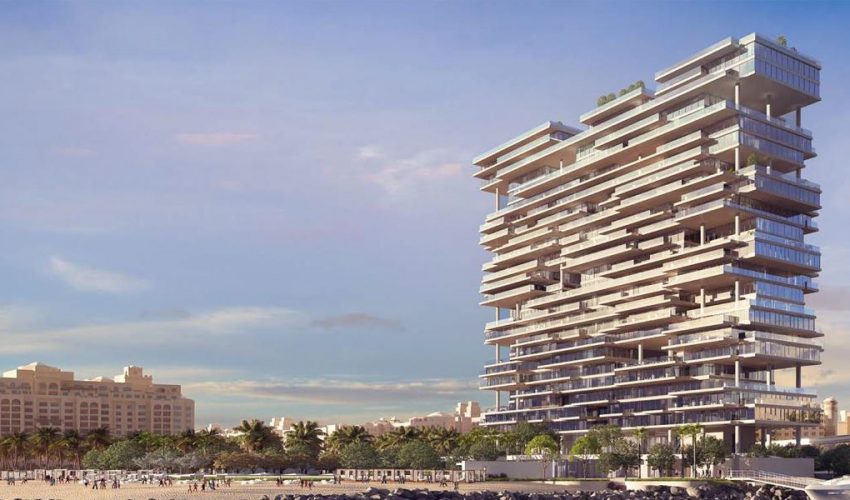