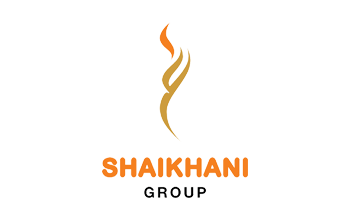 Shaikhani Group is an exceptional property developer established in the year 1978 which was previously known as the Memon Group of Companies. The company has experience of 30 years in the real estate industry and the company has gained success by maintaining strong ties with the clients. The group announced to invest AED 1 billion in freehold development projects in the United Arab Emirates (UAE). Since then, Shaikhani Group has maintained the quality of its life by developing exceptional projects not only in the United Arab Emirates but all over the world. The company has gained strong recognition in various parts of the world including Africa, Asia, the Middle East, and Europe delivering exceptional projects with more than 30000 units. The developer has also maintained providing unwavering support to the chosen charitable institutions under their banner known as the Shaikhani Foundation (earlier known as Rabia Charitable Foundation) which has established plenty of computer institutes, schools, hospitals and mosques for the homeless and general public.

This development has developed plenty of exceptional projects in Dubai, some of which are mentioned below:

Gardenia Residency is an elegantly-designed development by Shaikhani Group featuring a selection of lofts, apartments, and podium townhouses in the sought-after community of Jumeirah Village Circle (JVC). These residences are inspired by the designs of the Mediterranean blended with sophisticated finishes to offer the residents with utmost luxury and comfort. The homes within this development are available in studios, 1 and 2 bedroom apartments with exceptional retail spaces and beautiful gardens. The other phases of this development include Gardenia Residency IV and Gardenia Residency III, all located within the beautiful community of Jumeirah Village Circle (JVC).

Champions Tower offers a collection of apartments located in the community of Dubai Sports City. This development is located within a mid-rise tower featuring ground plus 14 floors consisting of studios, 1, 2, and 3 bedroom residences that are equipped with a spa, swimming pool, and fully-equipped gymnasium.